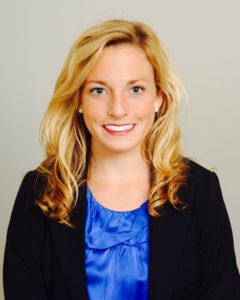 Attempting to relieve some of the stress induced by a combination of my full-time research position, 31 medical school applications, and surviving my first real-world job after graduating college, I often went running to maintain my sanity. My passion for the energy boosting and liberating sport kept me running throughout Boston’s frigid winters and humid summers after moving from sunny San Diego. It was a week before I had been scheduled to race my next marathon when I set out for a brief jog around South Boston on that heat-drenched August afternoon, intending to give my mind a breath of fresh air after I had just spent several hours studying for the MCAT exam. I ran for a few minutes, stopped at a crosswalk and was signaled to proceed to the opposite side of the road, when suddenly my world went black; my brain was repeatedly slammed into my skull, forced in all directions as my body was launched onto the windshield of a SUV, deprived of oxygen as my fragmented limbs were thrown onto the steaming pavement, and all consciousness escaped me.

I vaguely remember the excruciating pain shooting up the back of my neck, and the bright swirling lights in my peripheral vision as sirens filled my ears–some ceasing as they arrived alongside me, while other first responders continued full speed ahead in their successful attempt to track down the fleeing vehicle. Those surreal first few days in the hospital seemed like a blur. As the trauma team reviewed my scans and evaluated my care plan, I remember wishing I could switch places with the physicians as I studied them from my hospital bed. Despite feeling dizzy, vulnerable, and excruciating pain, I was motivated by my true passion for medicine, and insisted that I would do all it took to submit the remainder of my medical school applications.

I felt fortunate to be walking out of the hospital a week later, although I recognized the need for patience in this post-brain injury lifestyle after seeing the sunlight made me nauseous and my first bite of solid food caused me to faint. During my next several months of recovery, often spent alone in dimly lit and quiet spaces, my capacity to see sunshine on a cloudy day was far from easy– both literally and figuratively.

Though I was unable to retake the MCAT exam or submit many of my medical school secondary applications, the few applications that I had completed a couple of days before my accident were successful in securing me interview invitations to medical programs in Seattle, Denver, and Los Angeles. I would not recommend trying to complete medical school interviews after sustaining a traumatic brain injury; the combination of traveling, listening to lengthy presentations in a fluorescent-lit classroom, and cognitive overload from preparing to discuss my interests clearly without slurring exacerbated my migraines so much that I would be stuck in bed for days after each interview. My weekly visits to neurologists and several other physicians involved in my treatment served as a solemn reminder for why I desired to continue with the medical school application process and inspired me not to let my brain injury deter me from pursuing my goal of becoming a doctor.

Having a brain injury made me feel slightly isolated, especially after undergoing so many life changes–including quitting my job and moving across country to live back at home in San Diego. I struggled with the idea of appearing weak to many of my friends and family, who couldn’t physically see the extent of my traumatic injuries and were unable to fully comprehend how this silent trauma was eating away at my physical and mental health because they fortunately hadn’t experienced traumatic brain injuries. When I only made very small improvements after attempting countless trial and error treatments, my main supporters often questioned, “How are you still not better?” When discouraged, I turn to meditation and yoga, which empower me and refresh me with a sense of optimism; this allows me to accept this new person that I am after my injury. As a neuroscience major, I know these benefits rest in the brain’s incredible way to reorganize various connections through neuroplasticity. As a future physician, I aspire to approach the health and wellness of my patients through a combination of mind, body, and spirit, as my injury has emphasized this interconnection.

It is eight months later and I have been recently doing a gratefulness meditation each morning to remind myself that I could be in much worse shape. The alone time spurs me to ponder my passions, and I have accepted how my altered vital abilities, including concentration, memory, and fatigue, may require me to work extra hard to pursue a medical career, but it is certainly an effort I am willing to give to achieve my goal. I am receiving an upcoming thoracic outlet surgery to remove my rib and scalene muscles compressed during the trauma. While also struggling with the effects of my TBI, books and advocacy organizations have helped me to better grasp my life after brain injury. Ultimately, my brain injury won’t stop me from pursuing medical school and becoming a physician; spending several months in and out of hospitals has granted me a new patient perspective that I hope will enhance my empathetic ability when it is my turn to be at the bedside.