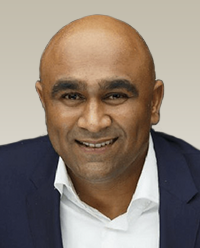 As a specialist in both Brain Injury Medicine and Memory Disorders/Dementia, Dr. Ahmed integrates his expertise in both fields to treat people suffering from memory and cognitive disorders due to various neurodegenerative disorders.

Dr. Ahmed has been uniquely trained from a neurology, psychiatry, and rehab perspective in treating veterans with TBI and former NFL players. Dr. Ahmed’s niche is in understanding the connection between TBI/concussion, and neurodegenerative disorders, such as Alzheimer’s and CTE.

Dr. Ahmed specializes as an expert in the treatment of various brain disorders using Neuromodulation/Transcranial Magnetic Stimulation (TMS). He trained at the Berenson-Allen Center for Noninvasive Brain Stimulation, an affiliate of Harvard Medical School for TMS, and is a member of the Clinical TMS society.

Dr. Ahmed received his medical degree from the Karnataka University in India and completed his residency training with a focus in Neuropsychiatry at the Wake Forest University Baptist Health in Winston-Salem, North Carolina. He has a double fellowship in Behavioral Neurology/Memory disorder/Dementia at the Shiley-Marcos Alzheimer’s Disease Research Center, University of California and VA, San Diego, California; and in Neurorehabilitation (Brain and Spinal Cord Injury) at Wake Forest University, Winston-Salem, North Carolina. He currently holds an academic position as an Associate Physician in Neurosciences/Shiley-Marcos Alzheimer’s Disease Research Center at the University of California, San Diego. 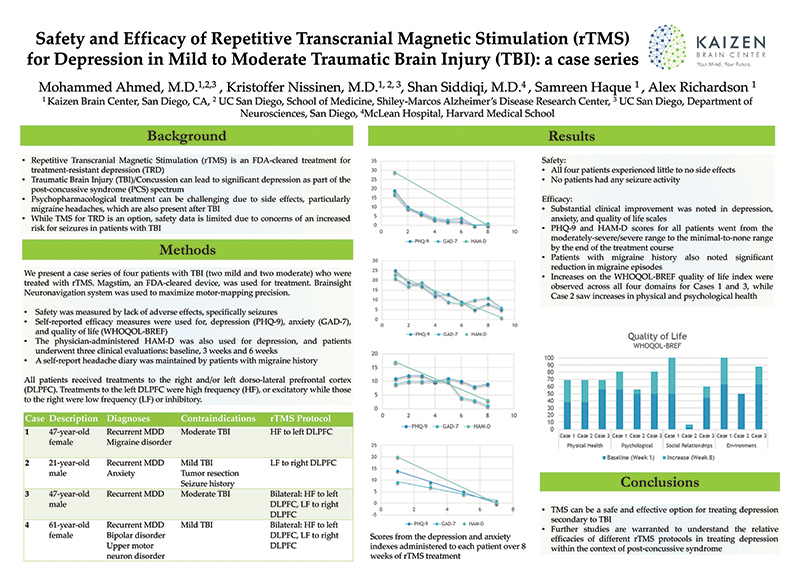