Kurt Busch Pulls Out of NASCAR Playoffs Because of Head Injury

Kurt Busch is not returning to the NASCAR race track in the near future. The No. 45 23XI Toyota driver is pulling out of the playoffs and will miss the beginning of the postseason, 23XI Racing announced Thursday morning.

The team did not specify exactly how many playoff races Busch will miss, but he has not competed in the last five Cup Series events.

Along with missing more races, the 44-year-old driver is withdrawing from NASCAR playoff contention, providing the remainder of the unqualified drivers with an additional opportunity to make the cut for the 16-driver, 10-race postseason, set to start September 4 with the Southern 500 at Darlington Raceway.

Busch, the 2004 Cup champion, has not raced since July 17 at New Hampshire Motor Speedway. The weekend after that at Pocono Raceway, Busch spun and crashed hard into the wall during a qualifying round and was able to get out of the car on his own. However, he has not been medically cleared to return to racing and previously noted he’s experiencing “concussion-like symptoms.”

He also previously announced that he would not compete this weekend in the regular-season finale at Daytona International Speedway, marking his sixth straight missed race. 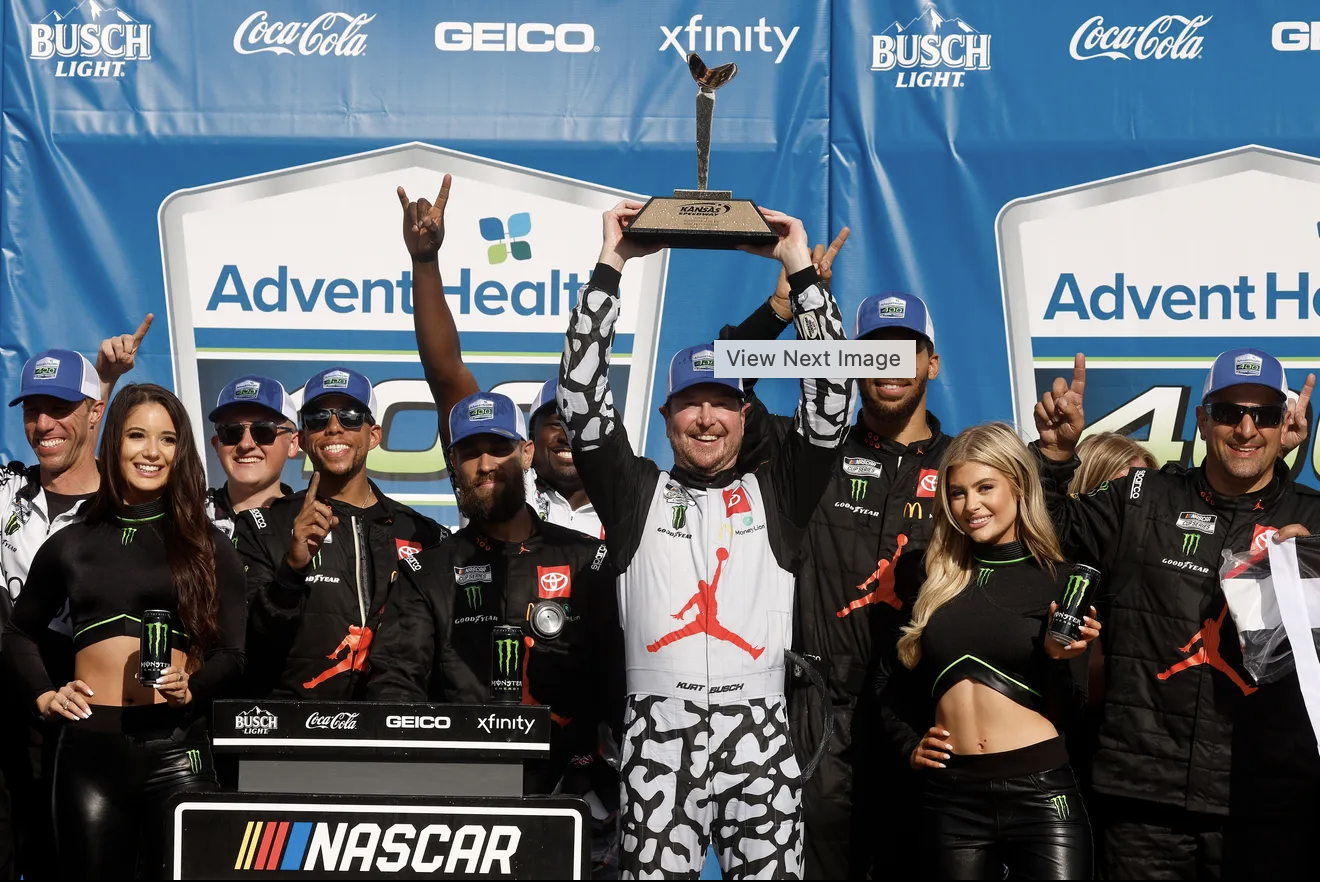 More via 23XI Racing on Thursday:
“As much as I wanted and hoped to be able to get back in the No. 45 car to make a playoff run with our team, it’s still not the right time for me,” said Busch. “In addition to not being cleared to return to racing, I know that I am not ready to be back in the car. I respect the sport of NASCAR, my fellow drivers and the fans too much to take up a playoff spot if I know I can’t compete for a championship this season. The decision was not an easy one, but I know it is the right thing to do. I will continue to take time to heal and strengthen as I prepare to be back in the car and will do all I can to help 23XI continue the success we have had this season.”

With Busch sidelined, 19-year-old Xfinity Series driver Ty Gibbs – the grandson of NASCAR team owner Joe Gibbs – has been filling in behind the wheel of the No. 45 Toyota and will continue to do so.

As we recently wrote, this is an awful situation for injured Busch, but he should be applauded for his transparency about his head injury in a sport where concealing it has often been the norm.

After winning at Kansas Speedway in May, Busch qualified for the 10-race playoffs. Although he has not entered every race since his injury, NASCAR granted him a medical waiver to keep him playoff eligible in a tight competition for the postseason.

But NASCAR confirmed 23XI is withdrawing the waiver request, and the governing body added in its own statement:

“Kurt Busch has managed this difficult situation like the champion that he is. Working closely with his doctors, every decision made has been in the best interest of his health, his competitors and the sport. Kurt has NASCAR’s full support as he continues to heal, and we look forward to seeing him return to the race car.”